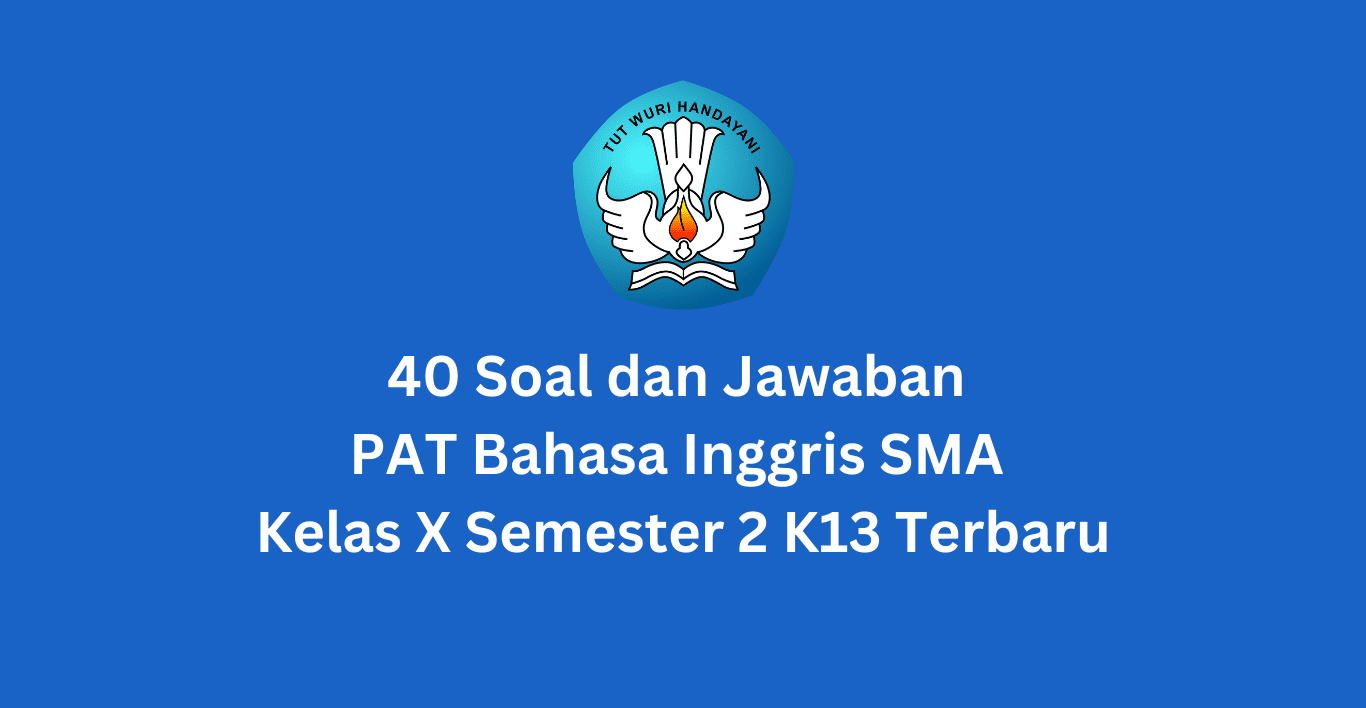 Invites submission of poetry, fiction, and personal or journalistic essays for this year’s Student Writing Contest.

should be typewrite (one sideonly, please) double spaced, and accompanied by a cover sheet with the following information : title, category, word count, author’s name, address, phone number, e-mail address (if available), and academic institution. Of this information, only the title should be appear on the manuscript itself.

1.What is the purpose of the text?

2."Of this information, only the title should be appear on the manuscript itself". What does the underlined refer to?

3.Which of the following statements is TRUE according to the passage?

4.What is the same meaning of the word "Manuscripts"?

Read the following text to answer questions number 5 to 8.

I'm writing to you concerning of my last day in Jogja. I just got back from Borobudur, the wonderful temple I've ever seen. The weather is fine. We are now staying in a hotel. It's not far from Malioboro. We have treated will here. It has many excellent staff who served the customers. We have planed to go around Malioboro after the children taken a short nap. We want to enjoy having "lesehan" there. It is a kind of a restaurant but we have sat on the ground.

Many kinds of local handicraft have sold along Malioboro street. Both domestic and foreign tourists have interested in them. I have bought some as souvenirs. Don't worry, I would also buy you the most interesting one.

5.What is the Letter about?

6.Who is the Letter from?

7.What has a writer planed after the children taken a short nap?

8.From the letter we can conclude that....

This text is for questions 9 to 12

After graduating in tourism from a reputable University in Yogyakarta, my cousin was unemployed for almost a year. During that period, she visited many interesting place around the country. She took notes on special attractions, traditions, cultures and environments of those regions.

When a advertisments was published by a leading local newspaper looking for a journalist, she applied for the post and was employed by the company with her traveling experience, she was assigned to the Tour and Travel Departement.

Needless to say, her new job required that she traveled extensively, not only from one region to another, but also from one country to another. Her degree in tourism and her travelling experiences help her get along well with the job. She has written many remarkable articles and short stories about tour and travel ever since the started working there.

11.The main idea from the second paragraph is that the writer’s cousin....

Fill the blank with the present form !

Many people call platypus duckbill because this animal has a bill like duckbill. Platypus …(13)… a native Tasmania and southern and eastern Australia. Platypus …(14)… a flat tail and webbed feet. Its body length is 30 to 45 cm and covered with a thick and woolly layer of fur. Its bill is detecting prey and stirring up mud. Platypus' eyes and head are small. It has no ears but has ability to sense sound and light.

Platypus …(15)… in streams, rivers, and lakes. Female platypus usually dig burrows in the streams or river banks. The burrows are blocked with soil to …(16)… it from intruders and flooding. In the other hand, male platypus ...(17)… not need any burrow to stay.

Long, long ago, when the gods and goddesses used to mingle in the affairs of mortals, there was a small kingdom on the slope of Mount Wayang in West Java. The King, named Sang Prabu, was a wise man. He had an only daughter, called Princess Teja Nirmala, who was famous for her beauty but she was not married. One day Sang Prabu made up his mind to settle the matter by a show of strength.

After that, Prince of Blambangan, named Raden Begawan had won the competition. Unfortunately, the wicked fairy, Princess Segara fell in love with Raden Begawan and used magic power to render him unconscious and he forgot his wedding. When Sang Prabu was searching, Raden Begawan saw him and soon realized that he had been enchanted by the wicked fairy. The fairy could not accept this, so she killed Raden Begawan. When Princess Teja Nirmala heard this, she was very sad. So a nice fairy took her to the Kahyangan.

18.Why the wicked fairy did used her magic to make Raden Begawan unconscious?

19.Which one of the following statements is false about Sang Prabu?

20.So a nice fairy took her to the Kahyangan. (Paragraph 2).

The word "her" in the sentence refers to…

One day two men who were passing by the pond saw the fish.

One of them said,"Let us hurry home and get our nets. Those fish are too fine to lose.

The three fish were very much frightened. The first one thought a momen, then swam through the outlet of the pond into the river.

When the men came back with their nets. There were only two fish to be seen. They found the outlet of the pond and made a dam across it.

The second fish now began to think. It come to the top of the water and floated on its back. One of the men picked it up in his net, but it seemed dead, so he threw it back into the water.

The fish that never thought sank to the bottom of the pond and was easly caught.

21.What is the main idea of paragraph five?

22.What is the orientation of the story?

Jhon : I heard that you went to Bali, last week? Alex : That’s true, how do you know?

Jhon : Do you forget that you call me when you were in bali?

Alex : I spent my holiday there with my family, I visited pandawa beach and saw the sunset, it was so beautiful

Jhon : When you spend your night?

Alex : I spent my night in a hotel near the beach

24.Where Alex and family spend his holiday?

26.How was Alex feels during that holiday?

Fill in the blanks with the correct verb forms in Present Perfect tense.

Fitria : Yes, I have. What about you?

Sisca : It's okay. Let me borrow it after your sister, okay? Fitria : Sure.

Read the following text to answer questions number 30 to 35

One day, a mouse deer was walking by the river. He was very starving because he hadn't eaten since morning. It was midday. But he found nothing in the land but dying trees. "Huh... I hate this branches, I don't like it!".

Across the river, there was green grassland, with young leaves. 'Hmm.. it seems delicious' imagined the mouse deer, 'but how can I get there? I can't swim, the current is very rapid?'

The mouse deer was figuring out the way how to reach there. Suddenly, he jumped to the air,'aha.: he then walked to the edge of the river. He didn't see the reflection because the water flowed very fast. He dipped one of his fore legs into the water. A few moment later, appeared Mr. Crocodile showing his sharp teeth. He then laughed, "Ha... ha... ha, you can't run away from me, You'll be my tasty lunch!" said the crocodile.

"Of course I can't. You are very strong, Mr. Croco," replied the mouse deer frightenedly. Then, the other crocodiles approached moving slowly. They approached the edge of the river.

"But, before you all have a party, I wonder how many your members are there in the river. If I know your number exactly, I can distribute my meat evenly,"said the mouse deer.

30.Why did mouse deer want to go across the river?

31.How many crocodiles were there in the story above?

33.After reading the text, we may conclude that the mouse deer was.…

34.What kinds of the story is this?

The underlined word refers to....

You Are The Reason

There goes my heart beating

'Cause you are the reason

I'd climb every mountain

And swim every ocean

Just to be with you

And fix what I've broken

Oh, 'cause I need you to see

That you are the reason

There goes my hand shaking

And you are the reason

I need you now

If I could turn back the clock

I'd make sure the light defeated the dark

I'd spend every hour, of every day

And I'd climb every mountain

And swim every ocean

Just to be with you

And fix what I've broken

Oh, 'cause I need you to see

That you are the reason

36.Which word best describes the singer’s condition at the first sentences of the song....

38.What does the writer wish?

39.Choose the correct message of this song.... 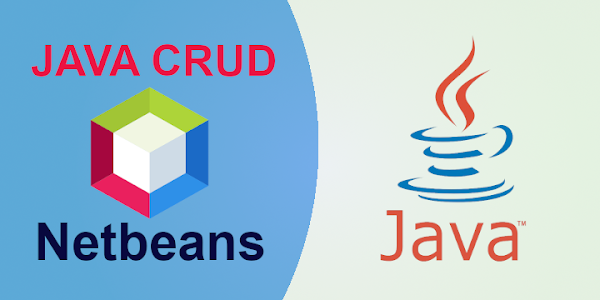